Skip to content
Home/About Stress, Personal/Why Did I Create OnCalm? Because My Life Depended on It!

I’m always asked, “Why did I create OnCalm?”

… because plugged into the machines, I lay there and watched Louis die but I wasn’t going to die with him.

So I made a commitment, then and there, for my kids and for myself, that I wasn’t going to allow Stress to control me, to stop my heart too.

So I dedicated four years to finding a solution to Stress – as if my life depended on it (which it did).

This is my story.

On the 21st June, almost 5 years ago, I was out for a drink with a friend.

I had just finished my first beer, and was standing at the bar ordering a pizza, when for no reason, I lost consciousness and toppled backwards – cracked my head on the concrete and convulsed around on the floor.

The paramedics were called, and they took me to the emergency department of a major hospital and the doctors plugged me into their machines while they ran tests.

And I thought about how and why, I’d gotten to that point!

But the last year or so, had been a horrible blur.

(He was bankrupt, hid this and then took our money.)

I had staff to pay; unhappy, feuding shareholders; a business that was six months from profit and an empty bank account.

So instead of selling the company for eight figures, (as looked likely), after 5 years of 80 hour weeks, committing everything I had, with no savings left – I had to lay off the staff and close the business.

And life became a bit more of a challenge.

The overwhelming stress that had been building on my wife for years, had finally become unbearable and she had to leave our home.

I had to be there 24/7 to care for and support my 2 young children through their terrible loss.

I had to find work doing anything, working mainly from home, to earn some money to keep a roof over our heads.

I had to deal with the sadness, and emotion of a difficult marriage separation and divorce.

I tried working with the police and authorities to help recover our money – with no success.

So mornings, afternoons and weekends, I was (almost) a full-time single dad.

During the middle of the day and at night, I did poor paying IT work for difficult and (mostly) unappreciative clients.

And my body and health began to suffer.

I was exhausted at the end of the day, but couldn’t sleep at night.

I found it almost impossible to concentrate, as my brain felt scrambled.

I was just so tense, and frustrated that I could almost explode (and sometimes I did).

The doctor’s only suggestion was what they called a “mental health plan” and medication.

My solution was coffee, chocolate bars and red wine. 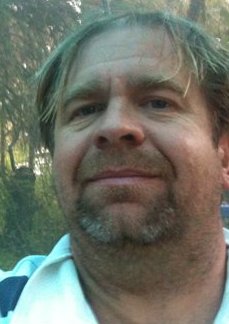 And so, there I was, lying in the ED, plugged into their machines, while the doctors ran their tests and left me there under observation in emergency for the night.

The cubicle I was in was only small. I could reach out and almost touch the other bed next to me.

A bit after midnight, a guy was brought into my cubicle by wheelchair.

He got up and sat down on the bed next to me, only an arm’s length away.

I said a brief hello to my new roommate, while he gave his details to George, the nurse looking after us.

My roommates’ name was Louis and he’d driven himself to hospital, while his wife stayed home with his 2 young daughters.

He didn’t call an ambulance because he was sure he was OK, he was just feeling a bit light headed and short of breath.

But his wife insisted, that he go to the hospital.

So we chatted, while Louis told our nurse George, that he was 42, was generally pretty fit – didn’t smoke, didn’t drink much, wasn’t overweight.

He again told George that he was sure there was nothing wrong with him.

It was probably just the stress he was under.

Louis then went on to explain that over the past year or two, that things had been a bit tough at home and at work.

You see, Louis was in sales, and business was tough and there was pressure at work.

Money had been tight and things had been difficult at home.

I remember thinking – “That’s funny, Louis is just like me”!

He then started to tell us about his two girls at home.

He didn’t make any other noise.

His words didn’t tail off like they do in the movies.

Then, almost miraculously, George transformed himself from nurse, to Superhero.

He called an emergency code-blue and began chest compression on Louis.

And continued CPR, while doctors appeared from no where.

Then, with a combination of defibrillator, drugs and superpower, George and the doctors, brought Louis back to life.

After stabilizing him, they then took him away to another part of the hospital.

During this, I was lying there. Only a metre away.

And then it hit me. “Louis is just like me!”

And then I realized.

So before Stress could try that on me, I made a commitment, for myself, for my kids, that I would no longer allow Stress to control and shut down my body.

To try and kill me.

BUT – a solution wasn’t so readily available.

Go to a doctor and say “I’m feeling stressed”, they will create a “mental health plan”, treat the symptoms with medication and tell you to relax more and avoid the things that cause you stress.

Life can be difficult.  Sometimes life throws things at us that we can’t run away from.

Life has Stress. We can’t avoid this Stress.

Sometimes, we choose a high performance, high pressure work environment – because we enjoy the challenge. We love the adrenaline rush.

So how do we continue to live and work, happy and healthy, in a high-stress environment without it causing significant long-term health problems.

So, as an engineer with an MBA – a professional skeptic – my job has always been to develop solutions to problems – this time, the problem was me!

We must be able to control Stress – or more specifically, to control the physiological impact that Stress has on our body.

I needed a solution that gave me back CONTROL – that gave me the ability to CONTROL my body’s response to stress.

So, I began a 4 year odyssey, researching, talking to doctors, exercise scientists, nutritionists, yogis, psychologists and more, using myself as a “guinea pig” – to create a solution that would give me the ability to:

(i) switch-off my body’s “stress engine”, when I could feel the effects;
(ii) quickly relieve the symptoms of stress when I felt them, anytime & anywhere;
(iii) repair the damage that was done by past stress;
(iv) defend myself against the effects of future stress

And so, I created the OnCalm system to fix myself.

And it worked – I succeeded.

So now, I help and work with people and companies all around the world, to help them control stress in their life and live happier, healthier and more energized lives.

Best wishes with your journey.

I help people understand & manage stress & help fix the damage that stress does to our health & lives.
20+ years as tech CEO, left me plugged into machines in the hospital ED.
It took me 4 years of R&D, but I fixed my stress, my health & got my life back.
I now help thousands of others, get their life back too.

Take back control of your health, life & happiness

Why Did I Create OnCalm? Because My Life Depended on It!

A 12-Step Quick Guide to Stress

The Relationship Between Stress and Depression

At OnCalm, our mission is to help people understand and manage stress.

And when stress impacts your life, we help you fix the damage done by stress, to our health and our lives.

There's too much Stress & not enough Calm in our world.
So “OnCalm – Start” is FREE for everyone.
Enjoy more calm, energy & sleep.
Become happier & healthier.

START TODAY - FREE FOR EVERYONE

SIGN-UP FOR FREE NOW
We use cookies to ensure that we give you the best experience on our website. If you continue to use this site we will assume that you are happy with it.Ok