How stress is making you sick : Our gut, respiratory & musculoskeletal system

We’ve been working too hard – at home, at work, with the kids – the home, family, work, financial, personal pressures are all building up – too many hours, too much pressure for so long – and it’s not just our friends, family and partners/spouse that’s telling us – our body does too!

It’s not just the tiredness.

Our shoulders, neck and back become tense and then the headaches (and even migraines) start up – our gut causes problems, and our asthma gets worse – even our breathing feels labored.

Yes – it’s the stress. But more specifically, it’s the physiological damage to our body, caused by the stress chemicals that have been pumped unabated through our body for so long.

But why? What’s actually happening to us?

In the long study article,  “What is Stress – what causes stress”, we examined in detail,  the physical changes to our body that occur as part of the stress response and  in  “The health problems caused by stress – cardio vascular – heart attack & stroke, we looked at the damage that stress does to our cardio-vascular system..

While cardio-vascular disease is obviously a serious, often fatal problem, the impact of stress on our gut, respiratory & musculoskeletal system, causes pain and discomfort that too often we just “put-up with” as a “part of the job”.

In this review, we’re going to focus on the impact that stress has on our:

1. Stress and our Gastrointestinal System

Our gastrointestinal system or GI tract, is an organ system, consisting of a hollow muscular tube starting from the mouth, continuing through the pharynx, esophagus, stomach and intestines to the rectum and anus, where waste is expelled.

The primary role of our GI tract, is to take in food, which is propelled along its length by movements of the muscular walls, digesting this food to extract nutrients and energy, and then expel the remaining waste as feces and urine.

As we have earlier detailed, during our body’s parasympathetic stress response, a series of neuro transmitters and hormones are released, which act to prepare our body in different ways to defend itself against the situation that is causing us stress – supercharging some functions and systems within the body, while reducing the function of others.

During the first burst of stress, our body deems that our focus is not on eating and digestion, but rather preparing for physical action.

As a result, norepinephrine is released into our system, which acts to reduce the blood flow to our gastrointestinal system, reduces kidney function and also to slow the process within our intestines, of moving food along our GI tract for digestion.

This causes a number of problems with our gastrointestinal system.

Our stomach and intestine have a lining of cells that acts to help defend the body against harmful pathogen, and typically, these lining of cells are regenerated every 72 hours.

However, during our body’s stress response, this naturally occurring regeneration growth process is suspended and stress also harms the beneficial bacteria that contribute to a healthy gut.

As a result, with long term stress, the functioning of the stomach and small intestine will be significantly affected, as gastric acid secretion can increase, leading to inflammation of the esophagus and heartburn.

In addition, this Stress Engine response, on our GI tract, also causes problems including Irritable bowel syndrome, which is characterized by repeated bouts of abdominal pain or tenderness, cramps, diarrhea, nausea and constipation.

Also, as the pace at which food is moved through our GI tract is slowed, we are unable to digest food properly, salivation is reduced (which is why we get a dry mouth when stressed), and also why stress leads to constipation.

2. Stress and our Respiratory System

Our respiratory system is the organs and tissues that help us take in oxygen and expel carbon dioxide and comprises the airways, the lungs and linked blood vessels, and the muscles that enable breathing.

The bronchioles, in turn, are the passageways through which the air passes through the nose and mouth, to the air sacs of the lungs.

As part of the body’s Stress Engine response, the epinephrine triggers changes to both our rate and depth of breathing.

This process involves the bronchioles in our lungs becoming dilated (expanding), and our breathing becoming faster, in order to maximize oxygen intake, and so support the expected higher physical activity levels.

Beyond this, however, the stress response cycle, can exacerbate many chronic respiratory diseases such as asthma and emphysema, causing breathlessness and wheezing.

That is why many people with these diseases find it hard to breathe when they face anger or fear and sometimes, even healthy people face breathing difficulties, as a result of the sudden constriction of bronchial muscles as a response to stress.

The problem occurs not with the immediate stress and the initial dilation (expansion) of the bronchioles, but rather, it is when the autonomic nervous system kicks in again following the initial stress.  Our autonomic nervous system acts to decrease the sympathetic stress response (Stress Engine) by releasing the relaxation hormone/neurotransmitter acetylcholine, which acts to slow the heart rate and also constrict the bronchioles, in an attempt to slow down our breathing and return the body to normal.

It is this sudden constriction of the muscles in the walls of the bronchioles, which narrows the airways, and causes difficulty in breathing, which can vary from very mild to severe, depending on the underlying respiratory disease that exists.

3. Our Musculoskeletal system and Stress

Our musculoskeletal system provides form, support, stability, and movement to the body, through the use of the bones of the skeleton, muscles, cartilage, tendons, ligaments, joints, and other connective tissue that supports and binds tissues and organs together.

The release of epinephrine as part of the body’s stress response, acts to increase muscular tension to help prepare the body for action, as well as to protect itself from injury and pain.

Under conditions of long term chronic stress, the muscles are taut and tense for long periods of time, which in turn, causes problems for the body, including headaches, muscle aches and even lower back pain. .

Tension headaches and neck, shoulder and back pain

With chronic stress, the muscles in our shoulders, forehead, neck and jaw are under tension for long periods.  As part of the stress response, our muscle contraction increases, pain increases and tension headaches result.

Notably, shoulder, neck and lower back pain can also result from the same process.

Unlike a tension headache, which is produced by tension in the facial muscles, a migraine headache is a vascular headache.

Migraines are thought to be the result of a stress response from receptors within the carotid artery, which undergo a rapid constriction during the initial stress response, followed by a rapid dilation, some period later.

As the artery dilates, blood moves quickly in from the outside area of the brain, to flood the brain’s internal arteries, and it is this chance in vascular pressure, and the flow of extracellular fluid, that is thought to be the cause of the intense pain incurred by migraine sufferers.

It would seem that because migraines do not occur in the midst of a stressor, but rather hours later, the pain is as a result of the vascular dilation, that follows the body’s parasympathetic (Relaxation Engine) response, as it attempts to return the body to balance.

So what is the solution to living and working in a 24/7 always-on stressful environment?

In our 24/7 always-on “real world”, our lives will always be stressful – with work, family, relationship, finance, social, health and other challenges, we can’t simply walk away or escape the situations that cause us stress.

The answer therefore, is stress management solution that allows us, at any time, to control our body’s response to a stressful situation and to the symptoms of stress when we feel them.

A system that allows us to:

A stress management solution that will allow us to live, work and love life – healthy and happy – within our 24/7 always-on high stress environment – safe from the damage that stress causes. 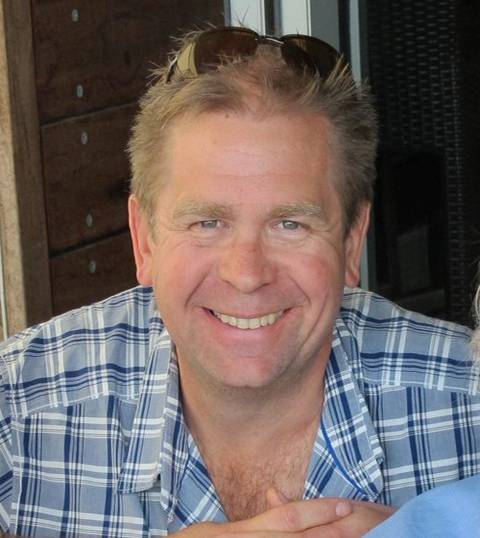 I help people understand & manage stress & help fix the damage that stress does to our health & lives.
20+ years as tech CEO, left me plugged into machines in the hospital ED.
It took me 4 years of R&D, but I fixed my stress, my health & got my life back.
I now help thousands of others, get their life back too.

Take back control of your health, life & happiness

Why Did I Create OnCalm? Because My Life Depended on It!

A 12-Step Quick Guide to Stress

The Relationship Between Stress and Depression

At OnCalm, our mission is to help people understand and manage stress.

And when stress impacts your life, we help you fix the damage done by stress, to our health and our lives.

There's too much Stress & not enough Calm in our world.
So “OnCalm – Start” is FREE for everyone.
Enjoy more calm, energy & sleep.
Become happier & healthier.

START TODAY - FREE FOR EVERYONE

Please log in again. The login page will open in a new tab. After logging in you can close it and return to this page.

SIGN-UP FOR FREE NOW
We use cookies to ensure that we give you the best experience on our website. If you continue to use this site we will assume that you are happy with it.Ok